He has committed and demanded double digit gains on our test scores each year for the next six years. And as I looked around the room, everyone looked inspired. I have never seen my faculty so unified. I hope we can mantain the enthusiasm throughout the school year!
by Adriana at 9:29 PM No comments: Links to this post

SACRAMENTO, Calif. – As community college students prepare to head back to school for the fall semester, the California State Assembly Committee on Appropriations today in a unanimous vote approved the Student Transfer Achievement Reform Act, Senate Bill 1440. If the initiative passes the Legislature and is signed into law, community college students seeking to transfer to a California State University will have a streamlined process by fall 2011 that will save them time and money while generating resources for the two systems of higher education to serve more students.

“Students attending our colleges often express concerns about the complex and confusing transfer process,” said Chancellor Scott. “This transfer initiative will put an end to the confusion and serve as a student passport to the California State University system.”

California students and taxpayers will benefit from transfer reform. Many transfer students take up to a full year of classes beyond the semester units required for a bachelor’s degree. These extra units cost the public millions of dollars. By standardizing the transfer process, students can take fewer classes at the community colleges and CSU thus increasing efficiency in both systems.

During the hearing the California Department of Finance estimated the transfer efficiencies will generate approximately $75 million annually in cost savings for the California Community Colleges and $85 million for the CSU. The funds would be used to provide access to roughly 40,000 additional community college students and nearly 14,000 CSU students each year.

To date the bill has not seen opposition in the Legislature. It was approved by the California State Senate on June 1 in a 35-0 vote and by the Assembly Higher Education Committee on June 22 in a 9-0 vote. Next the bill will head to the Assembly and Senate floors where it will be heard before August 31 and is expected to go to the governor’s desk to sign into law in September.

The California Community Colleges is the largest system of higher education in the nation composed of 72 districts and 112 colleges serving 2.9 million students per year. Community colleges supply workforce training, a basic skills education and prepare students for transfer to four-year institutions. The Chancellor’s Office provides leadership, advocacy and support under the direction of the Board of Governors of the California Community Colleges.

by NOBODY CARES! at 4:12 PM No comments: Links to this post

A few days ago, I had to make a budget for ordering curriculum materials. I had to think about my curriculum for an hour just to remember what I had planned and figure out where I’d left off. Now most people would be annoyed that they had to get this work done. But it really warmed my heart to realize that I hadn’t thought about school long enough to forget my plans.
by Adriana at 5:27 PM No comments: Links to this post

4 Weeks til the First Day 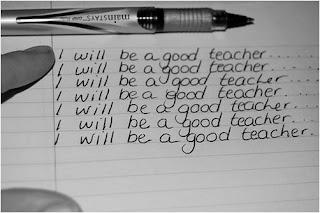 by Eyawn at 6:25 PM No comments: Links to this post

supteach? exists because teachers are people too, and we want to share our experiences with you.
--

established july of 2008; oldest of posts can be found at our old home.